Electronic Cigarette Convention or ECC as most know it as is the Pioneer of Vape Expos. ECC was formed in 2012 and they held their first convention at the Anaheim Convention Center in September of 2013. According to ECC  “Prior to ECC there were vape meets where vapers would get together to meet in person. Some of these meets were small and intimate and others were larger and would take place in a rented hotel ballroom with vendors having their own tables”. They had vision and knew that this industry would blow up to be global, and luckily they followed through because they attract some of the biggest names in the industry to showcase their products. This year we have ECC Ontario 2018 right around the corner! 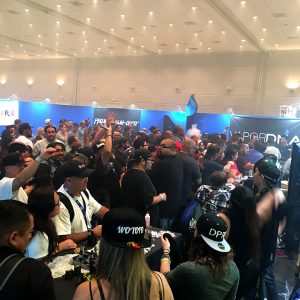 ECC Ontario 2018 will be held at the Ontario Convention Center, in Ontario California and is from February 9th through 11th. February 9th (the first day) will be only for B2B, and that means only Vendors and Businesses will be allowed However, the 10th and 11th will be open to general admission. The schedule follows as:

ECC Ontario 2018 is a 21 and over (18 with Military I.D.) . At just $25 a ticket for general admission you can come out and see the biggest Vape Convention of the year along with your favorite brands! Here are just a few of the companies and organizations you can expect to see at ECC Ontario 2018:

We will also be attending so keep your eyes open for Aspire Vape Co ! Make sure to drop by our booth to check out our newest gear and introduce yourself. ECC is going on 6 years strong, growing every year and attracting bigger crowds, if you have not attended before, make this year the year to experience and see the vape culture under one roof!