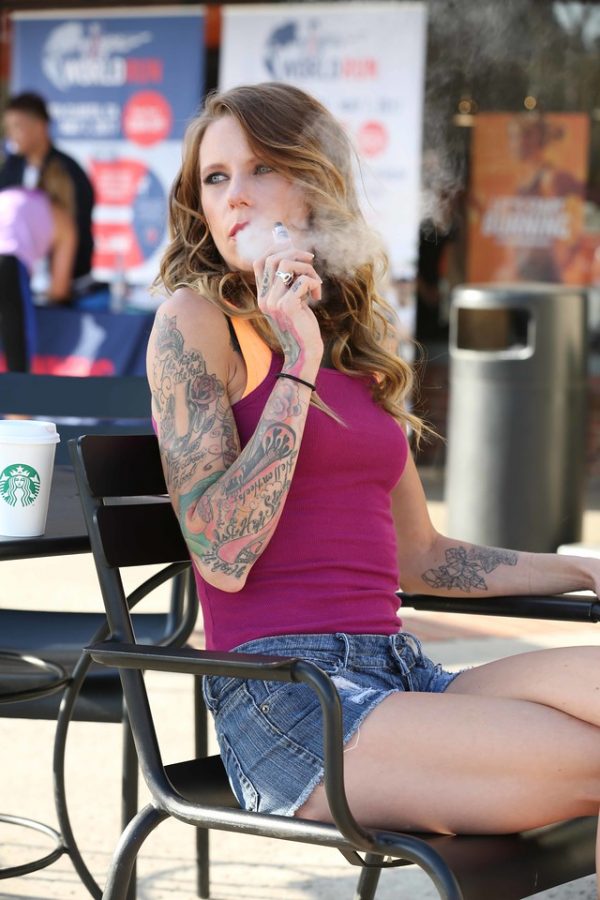 Regardless of what I do I always try and be vigilant in making sure what I do doesn’t bother others. When I consumed the stink sticks I never did so around non smokers. Like a good little Samaritan I always went outside, remain aware if my surroundings. I’m the same with vaping, just because I have a habit doesn’t mean I need to annoy others. The fact that I see so many no vaping signs leads me to believe not everyone shares my sentiment. Always remember every cause has an effect, a negative cause will carry a negative effect.

The California Department of Public Health conducted an experiment on the dangers of second hand vapor. They tested the air of several vape shops stateside. The shops are generally small and have no ventilation. You have employees vaping, customers vaping, it’s a vape shop. That’s what you do.

Dr. Michael Siegel found that even under these harsh conditions there was zero amounts of hazardous chemicals in the air. “This study although conducted under very high exposure conditions in a small, non-ventilated vape shop, with many employee’s and customers vaping and clouds of vapor visible, did not document any dangerous level of exposure to any hazardous chemical.” Dr. Michael Siegel. That’s straight from the horse’s mouth.

Out of all the things the whistleblower and uneducated cry about second hand vapor, nothing, zip, zilch, nada. They did find 7.2 ppd of formaldehyde in the air. Before you say aha told you so, that level is normal for indoor air. The tested second hand vapor contained zero nicotine, acetoin, acetone, benzene, acetyl. You name it, they couldn’t find it.

This study concluded that there is no justification for the government to ban vaping in indoor places. Even under extreme conditions second hand vapor poses absolutely no threat to public health. In case you don’t know who Dr. Michael Siegel is, he’s the man behind the campaign to ban smoking in indoor places. I find it very refreshing that someone who was against something actually do a study and change his own mind. So many rely on scare tactics. Remember the commercials that told us if we bought pot we were funding terrorist?

Having said all that though, do I think it’s ok to pull out my Cleito 120 and blow a cloud in Wal-Mart? The answer to that riddle is no. Just because something is ok doesn’t mean it’s ok to do it. I follow the rule if I can’t smoke there don’t vape there. Simple enough. Cheers